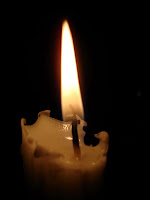 …whatever God does endures forever…

When I read the first couple of chapters in Genesis I sometimes allow my mind to wander and think about what God really had in mind. His initial plan was quite creative and then He topped it by deciding to create in His image. By doing it this way the rest of His creation would be cared for with the love and attention that He envisioned. It was a brilliant plan which went south when His “man” creation decided to take matters in their own hands!

But continued reading reveals a God that doesn’t ditch his creation even though it doesn’t remotely resemble Him and has pretty much been a disappointment. Instead He keeps finding ways of showing “man” what they are supposed to look like. Seas are divided, walls fall down, battles are won against all odds, fires don’t consume—these are just a few of God’s showcases. He loves and never gives up on what He created in His own image.

By the end of the Old Testament God’s patience seems to have become tissue thin. Despite the numerous appearances and revealings “man” has continued their blundering resulting in a royal mess. The prognosis for the future is…zip.

Zip still does not deter God! His original vision, however, still gives Him pleasure. And so He sets into motion a plan that would turn it all around. He would become the image He created. So He begins again, sending His Son, as a new showcase. This time He hopes that “man” will see Him more clearly and understand that whatever God does endures forever.


Creative God, thank you for never giving up on your
creation. Help me to see clearly your kingdom through
the life of your coming Son.
Amen.
Posted by Valerie Jordan Mangrum at 12:00 AM