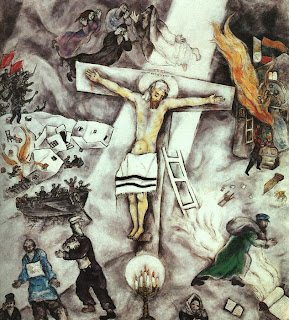 If the world hates you, know that it has hated me before it hated you.

Confronting people makes me uncomfortable and even though I know that their behavior or attitude is wrong it is easier to avoid them and the issue, than to confront. Fear of their anger warps me and overshadows the effect of their destructiveness. I hope, that by ignoring the “problem”, it will disappear. So far, I haven't found that to be the best approach!

During Jesus’ ministry the attacks against his character increased, almost daily. Even by the third chapter in the gospel of Mark, the Pharisees have already joined up with their arch enemies, the Herodians, plotting Jesus' destruction. They hated Jesus and their hatred drove them to cunningly plot his demise.

I haven't known a level of hatred where my life is in danger but I have felt the heat of someone’s hatred. Jesus was hated because he confronted sinful behavior. He wasn’t afraid of speaking truth, bringing to daylight the dysfunctions and sinfulness that thrive in shadows.

As a follower of Jesus Christ I am called to confront what I know to be sinful. Whether it be in myself, my church, a friend or family member, I can't be afraid to bring into the light what has lived in the dark. Hatred may be my “reward”, but my strength lies in the knowledge that I am in the good company of Jesus who endured a hatred that led him to his death, but also to his resurrection.


Jesus, forgive me when I see sinful behavior, allowing
it to continue to live in the shadows.
I am afraid of the anger and hatred I might get back.
Help me to be bold in your strength.Amen.
Image--White Crucifixion, Marc Chagall, 1938
Posted by Valerie Jordan Mangrum at 12:00 AM