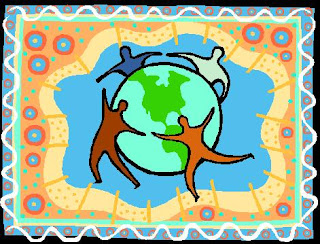 I Peter 2:21b
Whipping into my lane and cutting me off, I was faced with a red rear end slathered with bumper stickers. Irritated, I edged up closer at the next red light—God save me from your followers was adjacent to Celebrate Diversity! The odd pairing, the oxymoron nature got me thinking.
As my comfort zone shrinks in size and I become confronted, daily, with unfamiliar cultures and people the uncertainties of life become increasingly apparent. What once was cut and dry seems now to be a fuzzy line. Politicians refer to “moral” issues that were never considered as such. And what once was valued as “sacred” is tossed aside in pursuit of science.
Where does the Jesus follower stand in this confusion? As hard as it may be to accept, our American culture no longer nurtures any vestiges of Christianity. Somehow we’ve lost and now bumper stickers ask for God’s deliverance from his own followers!
In this environment arguments based on assumptions of what I think people know about the Who I follow, are no longer valid. Every day, no matter where I live should now be viewed as a blank screen upon which I can introduce to this new, constantly changing culture the life of Jesus Christ.
But do I know him well enough to speak to this culture in the language they will understand? Jesus encountered similar resistance to his message, but he knew how to connect what he was saying with the existing culture. Granted, his message ultimately nailed him to the cross, but the world did change as a result of him speaking in a language they could understand.
Jesus, help me to know You in such away that in introducing You
people will want to join the following.
Amen.
Posted by Valerie Jordan Mangrum at 12:00 AM

Nicely put. I am so discouraged living in this present culture. I guess its never been easy being a christian. I often wonder if God is up there even willing to help out and intervene just a little to perk up the faith of a few of us weak ones. Thank you for a thoughtful blog.