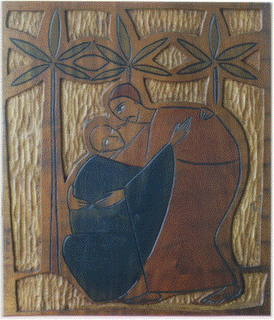 Many tried to hush him up, but he yelled all the louder,
“Son of David! Mercy, have mercy on me!”

Bartimaeus had learned that if he was going to get attention, he had to be the one who yelled loudest. One of many who depended on the “generosity of strangers”, he knew that sitting quietly didn’t get any clinks in his bowl. His keen hearing alerted him to the tread of feet long before his companions. Waiting for the right moment, he would pitch his voice so that the first voice heard would be the one remembered.

When one of the “senses” is lost, the remaining ones go on hyper alert. So, it’s not surprising that with his “don’t look at him” status, Bartimaeus heard numerous conversations. Even if he hadn’t listened, Bartimaeus could feel that something was abuzz and he determined a plan.

Positioning himself carefully, he waited. There was no mistaking it, not only could he hear the commotion but the dirt beneath him poofed with the weight of hundreds of feet. He had heard about the crowds, but had never anticipated them to be quite so huge. On this day, however, money wasn’t what Bartimaeus was after. His time had come!

Jesus! Mercy, have mercy on me! Repeatedly he pitched his voice over the clamor and repeatedly he heard mouths shushing and hands pushing to quiet him. Continuing to persist in his request he finally heard through the din, “What can I do for you?” In a flash Bartimaeus prayed—I want to see. And instantly he saw the eyes of his Healer.

Bartimaeus is probably identified in Mark’s gospel because, with the radical change of his physical life, perhaps he was one of those who couldn’t stop talking about what Jesus had done for him. The early church remembered him. He is after all the perfect example of persistent and believing prayer.
Jesus, thank you for healing Bartimaeus and
in so doing showing me that prayer cannot be anything
but persistent and believing.
Amen.
Posted by Valerie Jordan Mangrum at 12:00 AM

Your post today reinforces what I've realized about our family's current situation. Prayer is our answer, our only solution for what we are facing. Thank you for this early morning reminder to never give up and to be persistent. Your blog is a daily blessing.