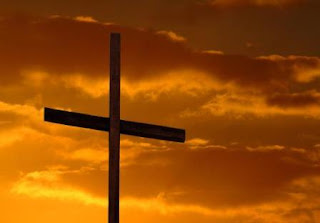 And as they led him away, they seized one Simon of Cyrene, who was coming in from the country, and laid on him the cross…
Luke 23:26

Whipping into a parking space I hurried toward my destination. This was a quick errand. Crossing my path stepped a well dressed stranger. Making a move around her a question stopped me abruptly, “Would you pray for me?” Impatiently listening to her story I promised to “keep her in my prayers.” Allowing my “schedule” to take precedent over her unexpected request I didn’t pray for her in the moment.

When Simon of Cyrene left his home early one morning he never anticipated that by the end of the day an unexpected request would seal his name in Christian history. A trip to Jerusalem had probably been planned for several months. He had made all the appropriate arrangements for his absence and was probably looking forward to the special events planned for the week. But, when he entered the gates he was caught in a hive of hostility with hands grabbing at his clothes and unexpectedly an immense weight was transferred from a condemned man to Simon’s shoulders. It was an unexpected request that would live with him the rest of his life.

Walking away from my “would you pray for me” request I was ashamed by my inaction. My scheduled day had excluded any possibility of a Holy Spirit interaction. I missed an opportunity to nourish a hungry heart. God, in His redemption, offered me another opportunity a few years later. Standing amidst a swarm of people an unexpected request came again. This time I responded immediately and haven’t been the same since.

Jesus, thank you for the gift of a new day.
With the rising of the sun You offer a “do over.”
Help me to schedule my day to allow for, as well as anticipate,
Holy Spirit moments.Amen.
Photo by Kara Wright
Posted by Valerie Jordan Mangrum at 12:00 AM