On Being Counter Cultural 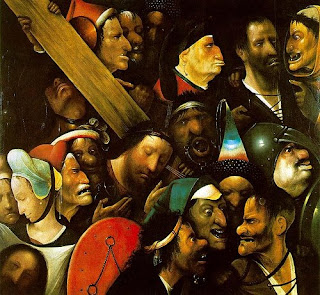 At one point in our lives, we lived in a city where a congregation believed in taking up the cross of Jesus. . .literally. The cross they took up was “sized proportionately” to the one Christ bore with a notable exception; their cross included a sturdy, rubber wheel at the bottom making the “dragging” smoother. Each year, at Easter, they faithfully wheeled the cross around the 100 mile city circumference, often with amused media in tow.

Perhaps if Rome had added a rubber wheel to the cross of Christ, he wouldn’t have needed Simon’s assistance! But putting all dark humor aside, taking up the cross of Christ is challenging because of its intent. To take up our cross is to live life in the Jesus way. In other words, living in the world as a counter cultural resident.

The church members were counter cultural at one level—their actions were considered odd. But, simply being “odd” isn’t what Jesus was after. Instead, with every conversation, every interaction, every reaction individuals and crowds were left with the sensation of their outward and inward cores shifting.

A common “culture” is non-existent in our present society. As quickly as the fringe adopts a new persona it’s sucked up by the main. There are, however, cultural traits of humanity—greed, selfishness, gluttony, arrogance, snobbishness, fear to name a few—that never change. These demand that we take up our cross, follow Jesus, and live counter to the culture.

We will definitely be “at odds” with the world, but it’ll receive a high definition picture of what it means to be a Jesus follower.


Jesus, reveal to me the areas in my life
where I live like the cultural.
Help me, to live the Jesus way, as a counter cultural resident.Amen.
Image--http://www.ibiblio.org/wm/paint/auth/bosch/carrying/carrying.jpg
Posted by Valerie Jordan Mangrum at 12:00 AM