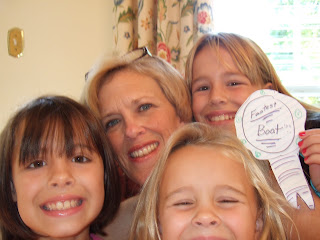 These children are at the very center of life in the kingdom.

Mark 10:14b (The Message)
“Our culture is child centered at the moment,” said my walking partner, an elementary school teacher. She was responding to my question as to whether she had seen a change over the years in the behavior of children. It became apparent that a teacher’s life isn’t easy given the self focused personalities of children. However, that evening at church I saw centers of life jumping up and down singing about the power of Jesus. I saw hope!
Children are the center of life, but, too often we’re confusing which “life” they ought to center. Once I met a young man who claimed that his parents never told him what to do; they just wanted him to be “happy.” Unfortunately I never saw him be "happy." His parents had centered him in their life forgetting where his true center lay.
Jesus saw the ability of children to throw themself at something, wholeheartedly, without reserve as a way of illustrating what it meant to live in the kingdom. On one hand it might appear that we should make children the center of our culture, but there’s a catch. When we forget that our children are the center of life in the kingdom of God and instead make them the center of our lives we destroy their identities in the kingdom.
For all who are involved in the lives of children, their “happiness” cannot be our focused desire. We are instead called to show them how to claim their identities as centers of life in the kingdom.
Jesus, help us to remember that children are not merely
sources of happiness but the centers of Your Kingdom.
Give us wisdom and courage to speak with our children
about where their true identity lies.
Amen.
Posted by Valerie Jordan Mangrum at 12:00 AM